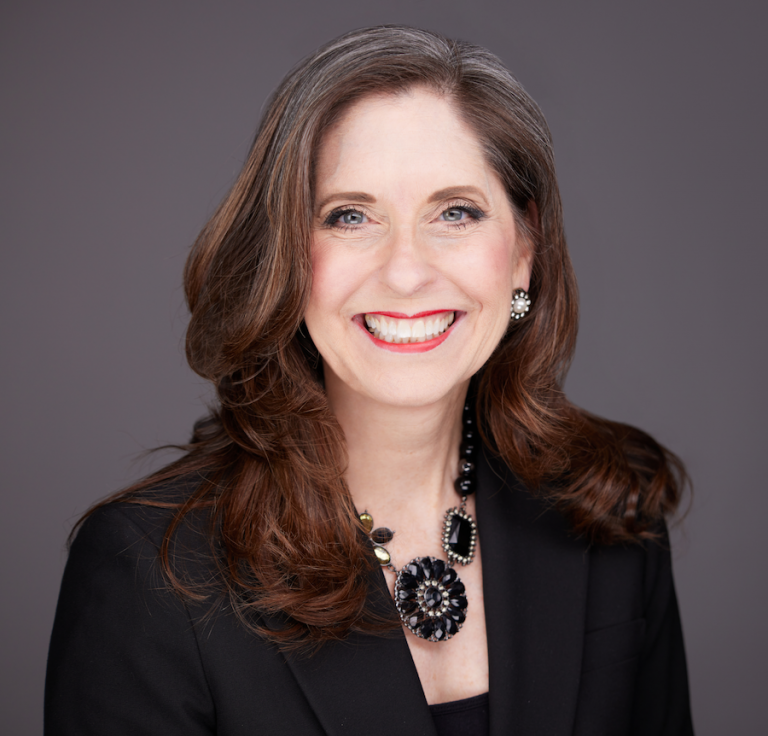 Maureen Zappala, an award-winning speaker, author, and founder of High Altitude Strategies, works with highly educated and smart people to show them how to overcome the hidden self-doubt of the Impostor Syndrome. A native of NYC, she has a BS in mechanical engineering from the University of Notre Dame, and she spent more than 13 years at NASA’s Lewis Research Center in Cleveland (now Glenn Research Center) conducting aircraft engine research.

She became the youngest and first female manager of NASA’s Propulsion Systems Laboratory, a jet engine test facility. Despite stellar credentials and accomplishments at NASA, the annoying “Impostor Syndrome” was her constant companion, whispering in her head, “They think I’m smarter than I really am, and they’re going to figure it out!”

This led to her passion for helping successful and smart people silence those condemning voices that stand in the way of embracing their success and advancing in their world. She teaches them to match their confidence to their competence so they have more influence.

In 2009 and 2020, she was in the top 10 of 30,000 contestants in the Toastmaster International World Championship of Public Speaking contest.

As a presentation coach, she works with people who want to launch their speaking skills to the next level. She is the author of 4 books, including her most recent one “Pushing Your Envelope: How Smart People Defeat Self-Doubt and Live with Bold Enthusiasm.” She co-authored (with Jack Park) “Buckeye Reflections: Legendary Moments from Ohio State Football” (yes, she’s an Irish Buckeye!)

She’s a licensed associate/presenter for the Impostor Syndrome Institute, the world’s #1 resource for impostor syndrome solutions.

Do you chalk your success up to luck, timing, or computer error?

Do you agonize over even the smallest flaws in your work?

Are you crushed by even constructive criticism, seeing it as evidence of your ineptness?

When you do succeed, do you think “I fooled them again!”?

If so, join the club!

Millions of people – CEOs and entry-level professionals, first-year college students and PhDs, artists, and programmers – secretly worry they’re not as smart or talented or qualified as other people “think” they are.

Left unchecked, it can lead to costly consequences not only for individuals but for their organizations as well. Fortunately, there is a solution.

In this surprisingly upbeat session, you’ll discover what impostor syndrome is and who is most susceptible. As importantly, you’ll walk away with practical, immediately usable tools and strategies to help yourself and/or the people you lead, manage, mentor, or parent.

Everyone sees you as amazing, except you. You feel like a fraud. It’s exhausting. It’s draining. And it’s killing your enthusiasm. What can you do?

The Fraud-Free Framework is your solution to reclaim the joy, self-assurance, and courage to shake these destructive and limiting beliefs that hold you back and fill you with secret shame. These 5 strategies are game-changing and will put you on a trajectory to change your thinking about your competence. Once you stop thinking like an impostor, you can stop feeling like one.

It’s estimated that 70% of all people suffer from this. That alone should give you encouragement: You are not alone. But, be even more encouraged!

These proven strategies of the “Fraud-Free Framework” can silence that impostor voice so you can embrace your success and be confident to move further ahead without fear of being unmasked as a fake. You can be released from the clench of the counterfeit so you can match your confidence to your competence, so you have more influence. You can enjoy your own success and begin to believe you really are as smart as everyone thinks you are.

Attendees will learn:
Strategy 1: How to recognize impostor syndrome so you can overcome it
Strategy 2: A powerful 3-step process to instantly reverse your thoughts so you experience more self-assurance. Go from pitiful to powerful. Begin to feel great about being great.
Strategy 3: How to handle that “compare and despair” feeling when you’re surrounded by peers who you assume are more competent or more successful than you are. (Hint: This is THE MOST SIGNIFICANT point audiences remember!!!!)
Strategy 4: A simple but often overlooked and under-valued practice that can provide constant and irrefutable reminders of your incredible worth, talent, contribution and significance.
Strategy 5: The true root of all impostor struggles and how to decisively prevail over it, once and for all.

LEADERSHIP IS NOT ROCKET SCIENCE: HOW TO TURN YOUR SUPERSTARS INTO SUPERNOVAS

You’d never believe that your high performers have THIS problem. They seem confident and secure, but something is secretly killing their creativity and sapping their energy. Even though you’ve provided all the best training and resources, there is something lurking beneath the surface of their performance.

It’s a little-known fact: the #1 issue blocking truly epic performance is Impostor Syndrome. Even the smartest, most accomplished people experience this secret self-doubt that causes them to second-guess their abilities. Its’ costing you. a lot! It causes lost time, lost opportunities, lost revenue, and lost engagement. Your best people procrastinate, hold themselves back from being promoted, and even do a lot of job-hopping.

The solution is not just a mindset adjustment. It’s a thought-process overhaul. The Fraud-Free Framework that Maureen will explain can eliminate the fears and self-doubts, unleash your team’s productivity, explode their confidence, and transform your organization’s culture.

In this program, attendees will learn:

1. How to interpret Impostor Syndrome symptoms in your team: What you see vs what they think.
2. Why dealing with your own Impostor Syndrome makes you an even stronger leader.
3. How to identify the ways your organization’s culture is amplifying Impostor syndrome, and what you can do to change that.
4. How becoming more relational is not only easier than you think, it’s more powerful than you know. You can alleviate someone’s impostor syndrome, one simple conversation, one short moment at a time.

"We had a wonderful experience hiring Maureen to speak to students at the University of South Florida Health. Over 200 people attended the discussion which was the most attendance for any speaking engagement this year. 97% of attendees said they learned at least one new strategy to tackle Imposter Syndrome and the same number said they would recommend this program to others. I personally see students struggling with imposter syndrome every day and have experienced it myself. I learned how to recognize symptoms of imposter syndrome and identify and embrace the skills I possess. I would definitely recommend this speaker to others." - Olivia M. Brennan M.Ed., Assistant Director for the Office of Student Life & Engagement, USF Health Shared Student Services, University of South Florida