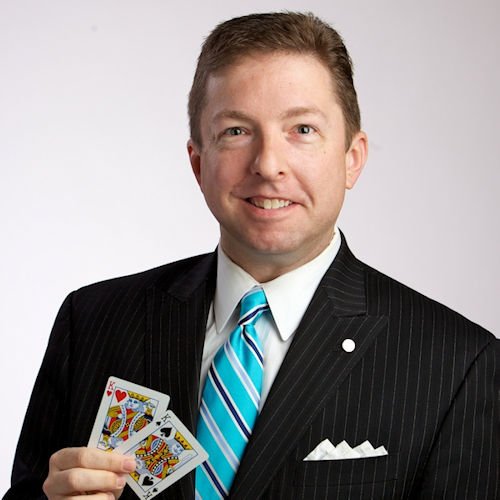 I help organizations deliver more amazing experiences to their audiences so they can increase engagement, loyalty, sales, and profitability.

"Joe M. Turner is an extraordinary speaker, performer, and entertainer. His presentations are mesmerizing and memorable. Book him!"
Brian TracyInternational Speaker and Author
"We brought Joe to be part of our summit in San Francisco. He was an amazing addition to our line-up of speakers, encouraging a room of our global partners with his ability to intertwine magic and insight. What I admire most about Joe is not just his ability to perform and communicate, but that he values excellence in himself and inspires it in others. Highly recommended."
Lisa StonerGlobal Head of Support Operations, Uber
"I love Joe's unique style. I hired him for a rather important event in my new role. We flew him to Los Angeles and he presented to C-level executives in a very professional manner. He was captivating and really blew away the crowd. We will continue to book him any chance we can get!"
Amanda FlowerGSMA
Previous
Next

My favorite piece of advice: This above all: to thine own self be true. And it must follow, as the night the day, thou canst not then be false to any man.

Describe yourself in one word: Adroit.

He served as the 2015-2016 International President of the International Brotherhood of Magicians, the world’s largest magical organization with approximately 10,000 members across 88 countries.

As a speaker and entertainer, Joe leverages the impact of the illusion arts to captivate, communicate, and connect audiences and ideas.

He has won numerous awards as a performer and speaker in the United States and abroad. He performs across the nation and around the world, from the Hollywood Magic Castle to the London Palladium, as well as on Crystal Cruises.

He has been seen on Good Morning America, Nightline, CNN Headline News, CNN Chile, and countless other broadcasts both locally and internationally.

He and his wife have a daughter and a son, and reside in the northwestern suburbs of Atlanta.

The experience of seeing an amazing magician or mentalist has informative parallels for the way we engage with our own audiences in the business world. Joe M. Turner performs amazing, interactive illusions from the stage, then expertly unpacks and analyzes the experience so that the principles can be applied to your business competencies, branding, and customer experience initiatives.

Memory Mojo!: Tools and Techniques for Instantly Improving Your Memory

Your group can benefit immediately from powerful, centuries-old techniques that you can use to instantly improve your ability to remember the information you need. In “Memory Mojo: Tools and Techniques for Instantly Improving Your Memory,” Joe M. Turner demonstrates and teaches mnemonic memory systems which will make it easy for you to remember lists, numbers, dates and appointments, names and faces, and even remember where you parked at the mall or at the airport!